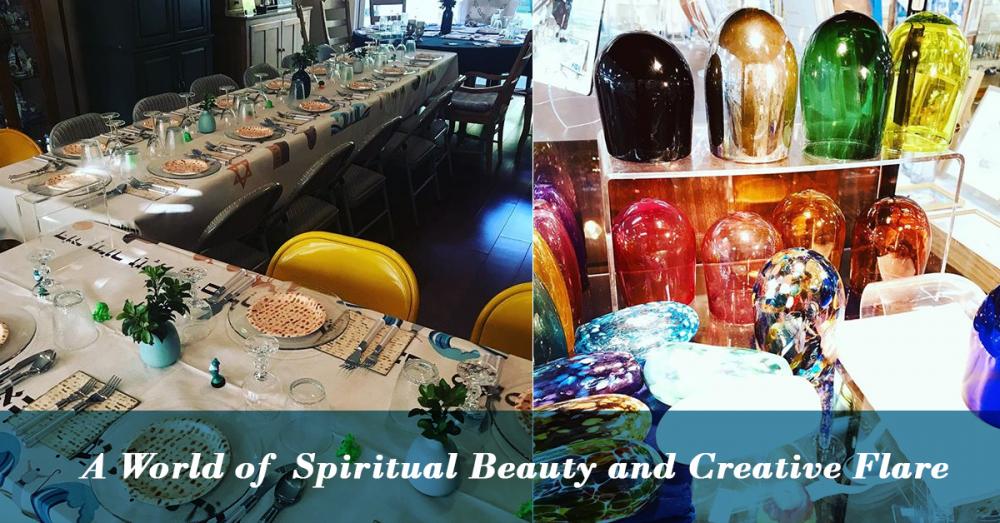 A World of Spiritual Beauty and Creative Flare

What is the first thing that comes to mind when you hear the words “Jewish Art”? Marc Chagall, Yaacov Agam or Moritz Oppenheim? There is a good chance you have heard of these famous Jewish Artists. It is less likely, however, that you have heard of Moses Ezekiel and Audrey Flack, and did you know that Amadeo Modigliani, Camille Pissarro and Mark Rothko were all Jewish? You might think of the world famous Bezalel Academy of Art and Design in Jerusalem, which takes its name from the first recognized Jewish Artist, the Biblical Bezalel. Perhaps your mind’s eye sees a beautifully decorated Passover plate or Shabbat candle holders, or maybe a simple kabalistic talisman, such as the “Hamsa ” that you wear around your neck? The true beauty of Jewish art is that it’s all of these and much more.

However, per the ancient saying that “beauty is in the eye of the beholder”, Jewish Art scholars see not only the splendor of Jewish Art, but the age old conundrum of trying to give a definition to Jewish Art. We will discuss this at length later in the article, but to help our understanding and to provide context, let’s begin by taking a stroll down the serpentine history of this intricate and striking world of creative energy, from its Biblical genesis (pun intended) to the sometimes bold and sometimes subdued brush strokes of modern day Jewish and Israeli artists.

Although the second commandment declares: “You shall not make for yourself a sculptured image or any likeness of anything that is in the heavens above or in the earth below” (Exodus 20:4), Jewish artistic expression, including the supposedly banned anthropomorphic images, finds its origins in Biblical Times, beginning with the aforementioned Bezalel, who was appointed by God to build and adorn the Tabernacle (Exodus 31:2). In fact, Bezalel literally means “in the shadow of God”, suggesting that his art, and art in general, were sanctioned by the lord, as long as it didn’t involve idolatry.

From there, we can loosely define certain time intervals in the evolution of Jewish Art. Here are some of the manifestations of this art in each such period:

Jewish art flourished in the early post-exile period, in Israel and outside of its borders, including the well known Dura Europos and Beit Alpha synagogues. The former, located in Syria. contains well-preserved frescoes from the third century that portray human figures in biblical scenes.

Much of the Jewish art from this period is restricted to the construction of synagogues and the illustration of manuscripts, less because of the second commandment and more owing to the day-to-day reality of Jewish life in those eras. Moreover, Jewish communities put great emphasis on education, such that Jews were familiar with the Biblical stories, not requiring that they be portrayed as the Church did at that time, in a way that the illiterate Christian masses could understand.

Here we find artifacts such as:

Here we find a mixture of Jewish “mainstream” artists, such as Camille Pissarro, Amedeo Modigliani, and those who stuck to Jewish themes such as Marc Chagall. Others, such as Reuben Rubin who immigrated to Israel in 1912 and studied at Bezalel, painted in a way that showed love for the land, with romanticized visions of ancient and modern Israel.

In light of this uneven history and seeing as the evidence in the hand of researchers ranges from wholly artistic works such as paintings, sculptures and architecture, to useful pieces and religious artifacts (Judaica), it is hard, if not impossible to extract a single thread of Jewish artistic tradition.

Some may say that Jewish Art is art of a religious nature. What, then of Pissaro, a Jew who also happened to be on of the world’s foremost neo-Impressionist painters? Others may claim that Jewish Art is any work or artifact created by Jewish hands. What then of non-Jews such as Andy Warhol, who infused Jewish themes and figures in many of his works? In fact, this topic is so hotly debated that you cannot take a course or attend a conference on Jewish Art that does not commence by posing this question.

Moreover, events in the realm of Jewish Art continually give rise to this question. For example, In 2010, as part of a completion held at a conference sponsored by the Adi Foundation for Jewish expression in art, the Palestinian artist and actress, Raida Adon, submitted a work that reached the finals and was displayed in the exhibit of the contenders for the top spot. In this act, this highly regarded institution set a public precedent that Jewish art need not be created by Jews – further adding flames to the heated discussion.

As you see, we are avoiding answering the question. Perhaps, this is because “What is Jewish Art?” might just be the wrong question. Maybe we should be asking, why is Jewish Art such an amorphous concept. This query is more easily answered - It can be said that Jewish Art reflects the broader discussion around Jewish identity and pluralism. This is an immense topic that cannot be redacted to a single point of view, and so to with Jewish Art.

At Shalom House, we believe that the question of “What is Jewish Art” is one of personal preference, and just as with the art itself, you must decide for yourself on the meaning that best meets your perspective and helps you to interpret the art, to consume it and to enjoy it. To this end, we are happy to offer a very broad selection of Jewish Art, something for everyone. 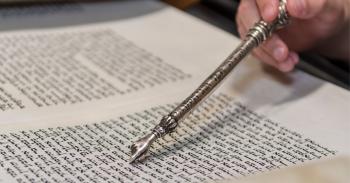 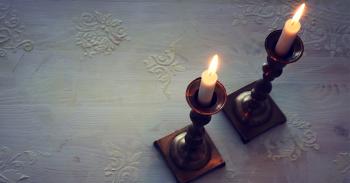 Candle Holders are Your Way to Welcome the Shabbat! 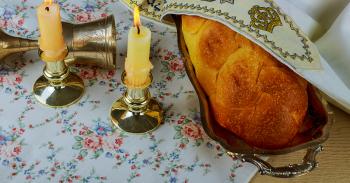 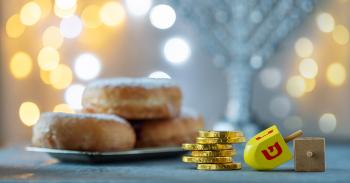 Hanukkah marks the Festival of Lights! 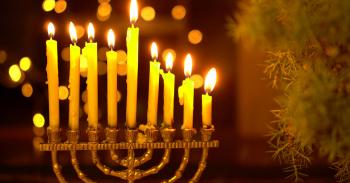 Hanukkah marks the happy ending for 2020!